Ashley Binder started his employment in 2008 as Chef de Partie and was rapidly promoted to Sous Chef. He was subsequently appointed to the position of Head Chef at Middlethorpe Hall in 2016.

Ashley is a passionate, experienced and talented Yorkshireman, who has previously worked with Tom Van Zeller in Harrogate. However, it is at Middlethorpe Hall's fine-dining restaurant that Ashley has excelled, being part of the award winning team that has been awarded two rosettes by the AA.

Ashley is proud to uphold the long established reputation for traditional excellence for food at Middlethorpe Hall. His long experience with the company means that he understands guests' expectations and requirements, and his Yorkshire roots allow him to continue the hotel's long-standing relationship with local farmers, fishmongers and butchers. He also works very closely with Head Gardener Andrew Leighton to make full use of the fresh herbs, fruits and vegetables organically grown in the walled garden's 'Potager'. 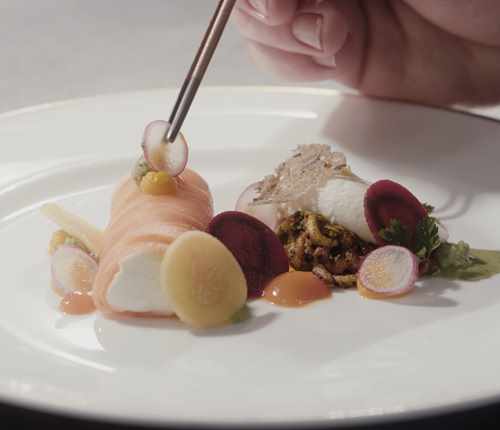 A minimum stay of 3 nights is required